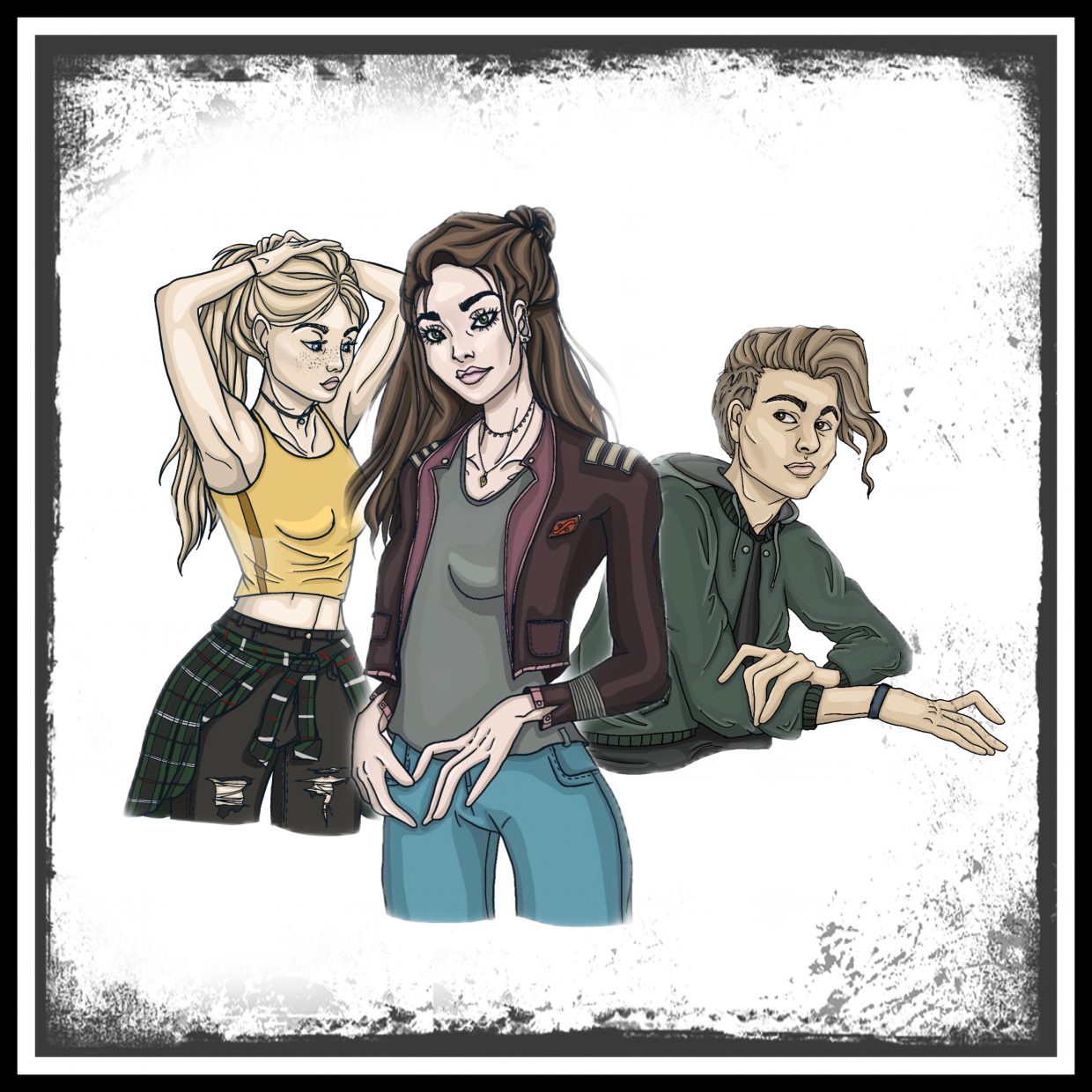 In this post I would like to take a deeper look at some characters from my story “Opia – when their eyes turned white”.

At the current moment, there are four chapters of “Opia” readable. Since the progress of the story is not that advanced, there are only a few known characters. I decided to post drawings of the main persons to bring them more to life. But the more important reason I created posts for them isn’t their looks, rather than the character sheets below the drawings.

You can find characteristics under each character, mentioning more information about them, family and relationship circumstances as well as their condition (if a person is alive, turned or dead).
Some of these topics will change during the story, especially the condition or the residence of some characters, in which case the profile will change too.

Obviously, there won’t be a drawing and a profile for every appearing character, only the ones who are most likely going to be an ongoing or important part of it.

Speaking of the first four chapters, you can meet four of these characters. On the one hand, the protagonist of Opia, Coralie. The story is written from her point of view, since she is the one who was forced to take care of her sister during their time on the road after everything went down. She is still a bit in disbelief of the whole situation and clearly overwhelmed. The fact, that she barely knows what is going on exactly, doesn’t help.

Bee, short for Fabienne, is her younger sister. She was with Cora when their parent’s eyes turned white, so she’s also on the run since. The reader doesn’t know very much about her yet, since she is often rather quiet, however, one can see that she still has a sense of humor and sometimes a not so good brain-to-mouth filter.

The other two characters who appear in chapter two are Teddy and Ivy. They are cousins and found shelter in an abandoned cabin in the woods. Theodore, who only likes to be called by his nickname, luckily has some experience with hunting and shooting a gun, since his father worked as a federal law enforcement officer. Ivy describes him as a leader figure who blooms when going after his responsibility to protect others. Ivy on the other hand is more restrained. She lets her older cousin lead the way and is happy to help where she can. After the both of them meet Cora and Bee in the woods and learn that they don’t want any harm, they let the sisters stay with them and teach them more about the current situation.

Certainly, it’s possible to read the story and learn the most important things about the characters without clicking on their profiles, however, if you are interested in more information and summarized facts, I would recommend to check them out too. Especially because, as I already mentioned, they will be updated on certain aspects.