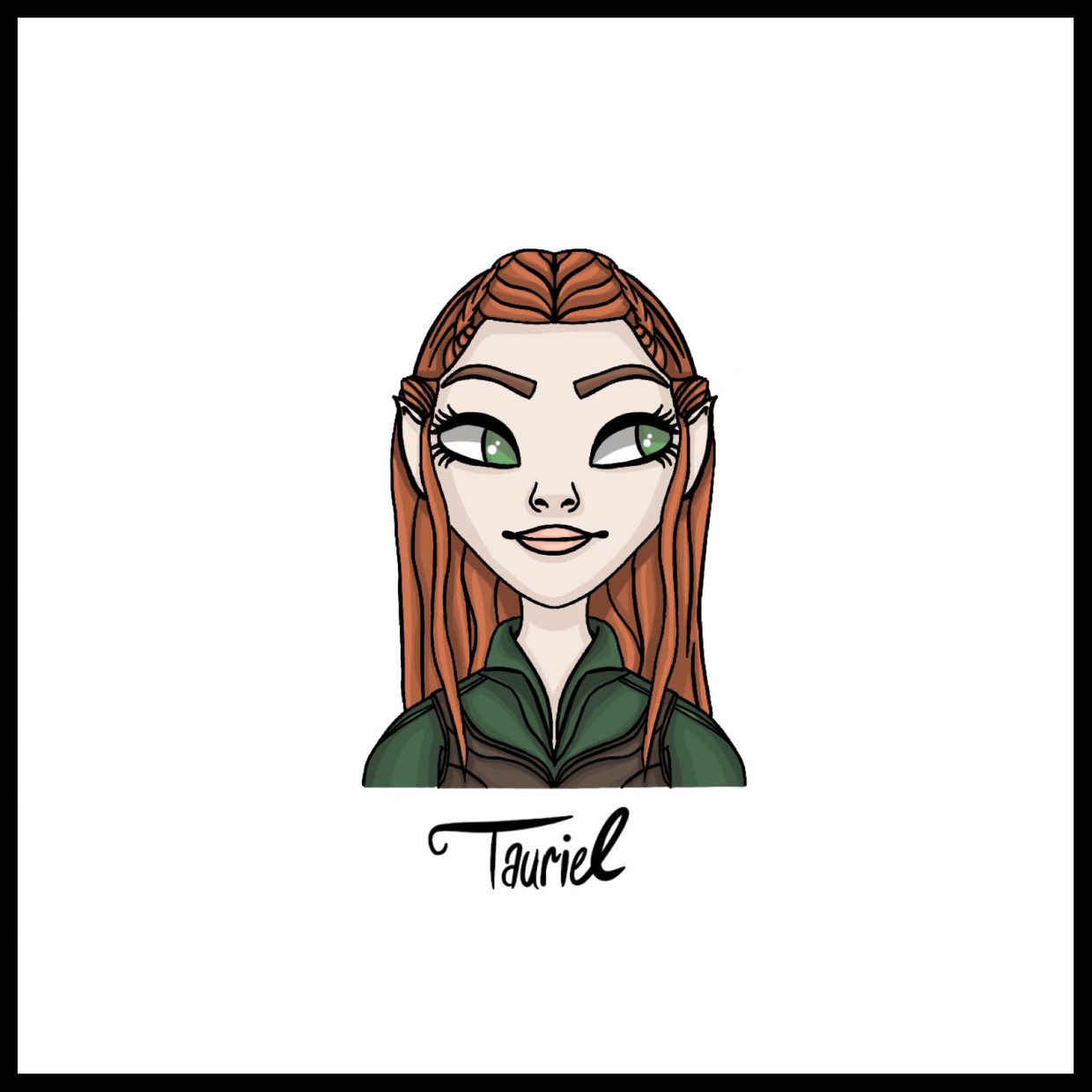 Tauriel is a wood-elf appearing in The Hobbit movie trilogy and leads Thranduil’s Elven guard. She fights alongside the king’s son Legolas, but is admonished by Thranduil, because she is just a “lowly” elf and not worthy of his son. Later on she decides to help the dwarfs on their journey and also rescues Kili’s life, which results in a romance between them two. Because of her rebellious behavior and working against her king’s order, she was banned from Mirkwood, however, her fait stays unknown.